When it comes to your business’ presence online, you need to ensure you’re not spread too thin, or giving too much to any one part or it’s ALL you’ll be doing. We’ll show you how to get some of that time back.


We’ll show you how to achieve success in 2018 with these two quick tips. Consolidate and Automate.

There are quite a lot of things on the horizon in 2018 and all of them seem to be digital in nature. In terms of advancements, there is nothing larger than that within the digital sphere. Since the internet was born, this field alone has grown in ways nobody could have predicted.

Due to this, some businesses have done a mad scramble trying to be on every social media platform that exists, and quickly finding that doing so takes a LOT of time to do right. It’s not possible without the ability to hire and manage an entire team, to get your social media perfect across all the platforms, but you can come pretty close sometimes.

This hasn’t stopped businesses from trying to be everywhere at once on a budget, but it shows and instead of making the business look good, it makes it appear as though they don’t care. Rushed = careless. So while a business may have a page everywhere or a presence everywhere, it may not be one which is helping the company and that’s the trick. That’s where it matters the most, because the people who are engaging with what is being posted are the ones who are buying. 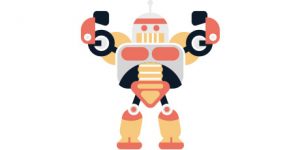 One of the biggest tips we can give for 2018 is to consolidate. Consolidation means knocking down the amount of social media sites you use for your business, but upping the quality on the ones you choose to keep. You should have no more than 3 if you’re doing it yourself or have only 1-2 extra people working with you. You can go to 5 or more with a team, but this tip can even help entire teams post higher quality content.

2018’s bright digital frontier means that people must maintain a high quality standard everywhere they can be found digitally to be taken seriously. In short, if you want to be an authority you must be present for it, and be doing great work while being there. This is no place for placeholders.

Consolidation also means doing the research to determine which social media platforms perform best in your particular industry. You can also read up on what those social media moguls stand for as a business, who they are as people, and read their mission statements on their home pages. Few people bother to truly check out a company before doing business, as evidenced by the outrage of people who shopped at a USA Hobby Lobby business whose moral ideals differed from their own. When you’re doing business somewhere, it’s often a good idea to make sure you like the people running the place, or at minimum agree with their mission statement. 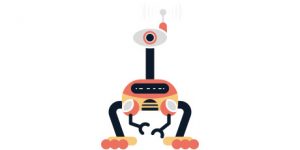 What is automation? What is it not?

Automation deals with having a program do something for you so you don’t have to do it yourself. Be careful doing this however, because you run the risk of having something come off as inauthentic or disingenuine for it. You want automation to make one job easier, not someone’s entire job because there will never be any way to make a robot a human being. Robots can simulate emotion to some degree as a mockery of what feelings actually are, or sensation in a human sense. They lack the ability to bring compassion into decision making when it counts, and therefore – can never replace a human for true customer/client service.

There are some social media giants that allow you to automate your posts within their application. Facebook will allow a Business Page to schedule a post for a later date and time, and the post has plenty of additional options including crossposting to give others time to grab and share your post before you post it – something of a digital freebie and thank you. By allowing people to do this, Facebook makes it easier to set up posts for when you’ll be away.

Setting Facebook posts to arrive when you won’t be around is just one of many other apps out there which are making this automation possible, which frees up a LOT of time to people. You can schedule Tweets in Twitter also! Twitter was once only used for live Tweets, it was the point of it earlier on and a bigger selling point. People loved the live angle, that they could give a tiny, live update to their fans from wherever they were. Now, Twitter is much larger than even they anticipated, and the Tweet live isn’t as big a deal as it once was. Giving people much needed time back by allowing them to schedule a Tweet is a sign that Twitter values their users time.

By using consolidation and automation in your marketing plan for 2018, you’ll begin to see more success. People want quality and they want it quickly these days, nobody has much time to sit and listen to you. There has been a culture shift, where people respect shorter messages as a sign that the person values their time. In the past, people would see a short message as a sign of low quality and little effort. Everyone’s working harder, longer, and everyone could use that extra bit of time back. By doing both of these things, you’ll have more time, be more productive and happier at work for letting go of doing it all yourself.