It’s only two months away! The new year brings with it new strategies and a time to update older marketing plans that may be slowly failing.

Brand awareness is something even the corporate giants continue to invest in because no matter how big you get, people are born every day, and they need to grow up knowing who you are, or eventually you’re forgotten.


Playing with the Big Dogs 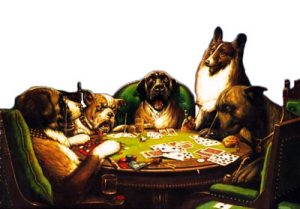 Companies like Coca-Cola don’t worry too much about brand awareness because their name is known worldwide. This doesn’t mean they don’t continue to spend on advertising, because people are constantly being born, and needing to become brand ambassadors through continued exposure to the product. Most companies, however, don’t have anywhere close to the budget that Coca-Cola has, which is why marketing on social media platforms has become so popular. We’ve spent a lot of time talking about how to market on all the big social media platforms out today, so you can be seen and grow your brand, but 2017 has seen a new way of marketing stand head and shoulders above the rest. We’ll talk about that more now.

With the rise of YouTube stars like PewDiePie, came an entire generation of young adults and teens who wanted their chance at internet fame and super-stardom by way of home video. Everyone during the blowup of internet stardom believed they had an equal chance to become the next person with “X” amount of fans on YouTube and could live the sweet life doing what they love and being paid by YouTube via advertisers.

Not everyone made it in the end, but it hasn’t stopped these social entrepreneurs from continuing to push the envelope of what is a traditional “job” to hold, or ways to make money independently. Today, YouTube stars are fewer due to changes within YouTube itself that make it harder to start up an independent vlogger career, so people have turned to becoming “influencers” instead.

What (Who) are Influencers?

An influencer is someone who carries with them some amount of internet fame, even if they only have 20,000 followers. The social currency the influencer has is directly related to your own industry. Say, for example, you’re selling a new line of cosmetics and you’re extremely proud of the fact that these cosmetics are not tested on animals, and they’re also waterproof. You know that Kylie Jenner (Kardashian family) is a big fan of makeup and has her own line as well. You could send her some of your products for free in return for a review from her, and you can even offer her a kickback on the money you make that comes directly from her speaking on your behalf.

How Much is an Influencer Worth? 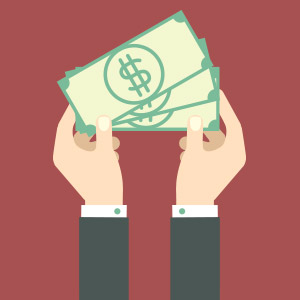 The amount you pay an influencer usually depends on who that influencer is in the world. By this we mean, how much social currency this person is worth to your business by how many people are following them. Someone like Kylie Jenner would be worth more than Nikkie from “Nikke Tutorials” on YouTube despite the fact that Kylie has 1.3 million subscribers to Nikkie’s 7.7 million due to who Kylie IS. Both women, however, would fetch a high price as an influencer. “Bargain Bethany” may also be just out of reach at far fewer followers (121,000) at least for the average business.

You want to look for someone who has enough of a reach and engagement – which you can see in their comments below their videos, who you can also afford. You also want to make sure that the influencer you partner with is in your industry or your niche. It would make no sense at all to hire “Bargain Bethany” who is a makeup tutorial YouTube vlogger to help you get the word out about your WordPress addon.

Say it’s Sponsored Or Else

You have to be very careful, however, because the FTC and other trade commissions protect people’s rights to the truth in marketing, and they take it very seriously. If you pay an influencer or in any other way trade them something for their pitch, your influencer needs to note this somewhere in their video or in the description of the video. Many do it by way of a hashtag, or just as a toss-in at the end of a video, but it must be there so people know that while the influencer says it’s their own honest opinion, that it’s been paid for by the company either by saying it’s an ad or sponsored.

Ways to Deal with Sponsorship

You’ll need to ensure you let your influencer know that they should say that you never told them what to say, just asked them to be honest and to include that it’s sponsored. This avoids getting slapped with fines, and getting into any legal trouble with advertising through an influencer. The mention should come about halfway through the video, and a clever influencer knows when to throw it in casually so it sounds organic. Remember, they’re not looking to appear to be a sellout either, so if you have a good product, and they believe in you, it’ll be a great partnership.

Good Reasons to Have Influencers

The reasons to hire an influencer are legion. Increased sales are just one reason. Products which are advertised by influencers can drive sales up by building consumer trust. Companies which capitalize on this trust right away by building a good customer relationship manage to retain those clients easily which only helps growth. Influencers also take care of audience targeting for you because they already have a following, and are savvy enough to know what to do to create more reach. This leaves your marketing team free to create content alone instead of worrying over audience metrics and targeting or retargeting methods.

Don’t be impatient, however, because working with an influencer is very much a partnership. They’re not your employee, they’re a partner who deserves respect in equal measure. They’re providing you with their fans, who they worked hard to attain in return for something from you. It’s not a small thing to give over one’s reputation, so be sure you work with them regularly to keep the vision for your product and the future with them going strong. Make sure you support them just as much as they support you, and if you are able to offer them free advertising in return for their assistance, that’s even better long-term. Results come after a few months usually, but if you see no movement at all after 3 months, it may be time to look at why it isn’t working.

Go Slowly and Trust Them

Ease people into the idea of your product, company or service, because – their fans have no idea who you are, and though they trust your influencer, they will need to come to you slowly in order to trust you by proxy. Be sure that your message to them stays consistent, and introduces things slowly rather than too much all at once. When you’re introducing a new brand to someone, you need to show them who you are a little at a time. Be sure that you share any prospective ideas for content, or strategy with your influencer because as mentioned previously, it’s their carnival, you’re just entertaining their crowd. Respect that, and you will have a lasting partnership as long as they remain popular. Your influencer will know the best time to begin transforming their audience into buyers for your company, so trust their instincts.

We mentioned engagement before, but it’s so important to check and double check as you research potential influencers. You want someone who has great engagement with their posts or videos. You don’t want someone who purely has “likes” or “follows” without much conversation happening. The other thing to check is that they aren’t already sponsoring a ton of other products currently because it could drastically cut your air-time and the amount of attention you get from their audience.

Legal issues can be a massive problem when it comes to finding your influencer and partnering with them.

They should have a minimum knowledge of FTC guidelines, and then a contract should be drawn up with points that both agree are amenable, then it should be signed in front of a lawyer, or notary public. Be sure that you don’t get yourself bound to anything that sets a ridiculous time period that you would be legally forced to hold, like partnering with the influencer for a period of 5 years. 5 years is a VERY long time for the internet, and the world changes so quickly. This person may lose their following or change tactics – they may even decide to change the subject matter of their videos if they continue it at all.

Be sure you co-author a contract with them that is fair and reasonable. If you cannot agree, you must find a new influencer – it won’t be worth the trouble later.