There are no fancy secrets behind marketing, no absolute “will win 100% of the time” strategies they’re employing…no.  What they are doing, and what you can do also – is tap into human psychology to convert more of your visitors into buyers.

Customers experience action paralysis in everyday life from many different areas. Sometimes even walking in to a fast-food restaurant can do this when faced with a massive menu that is unfamiliar and being forced to come up with a choice. Though this is a small thing seemingly, many people struggle with actually going through with something. You can break right through that action paralysis by setting a minimum which is easier to reach.

Research from the American Cancer Society showed that adding minimums and not leaving it up to the payer to figure out, increased the donations they received by 78%. People aren’t that great at decision making, especially when it must happen quickly – so save them time and the hassle by making their decision that much easier.

Consider offering something to them at a steep discount for the first month, or a trial offer. Try to give them the most you can right away, to make it easy for them to commit. Once they have committed, psychology says it’s much harder to walk away because they now have a personal investment. That is when they’ll be happy to purchase your product at face value, or something else you’re selling because they have already used it.

Labeling in psychology is the act of applying a word, term, or set of words/terms to a person which then results in them fulfilling their own destiny based on those labels. Labels give people a sense of identity for good or ill.

In psychology, if someone were to label a young child a delinquent for example, that child may grow up thinking they are delinquent and should hang around appropriate friends who are also delinquent, and then become a self-fulfilling prophecy when they steal a car at age 19. In a very different scenario, if that same child was told they were gifted with high intelligence and a genius level of skill at playing violin, that child may have also self-fulfilled that label by going on to Juilliard, then performing with the Philharmonic Orchestra. Same child, different labels. Labels can be very powerful things.

In behavioral studies which examined voting patterns, it was discovered that people who were labeled as “politically active” were 15% more likely to vote. Though these participants were chosen at random, the fact that they were labeled, whether they felt it was true about themselves or not, affected their actual actions thereafter.

There are distinct personality types when it comes to spending. Neuroeconomic experts have been studying human spending habits and patterns, and have discovered three distinct types. Knowing how to sell to these types is key to conversion. 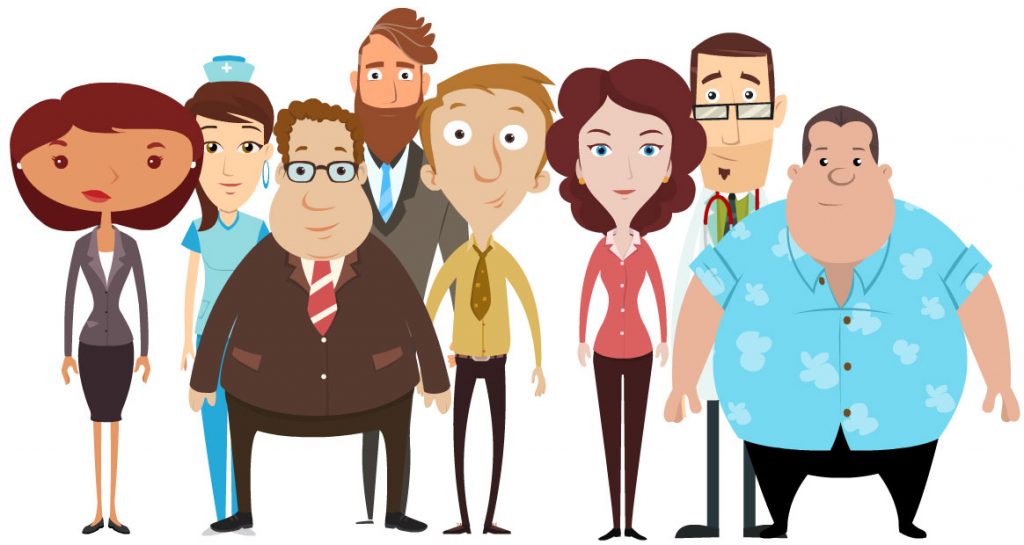 To sell to a spendthrift, you have to make them feel like what you’re selling is a bargain that they may not see again for quite some time. If you put the fear of loss into the product, and tempt them with how clever they are, and how smart shoppers buy when things go on sale, you’ll be more likely to convert these savvy shoppers to buy from you. They have to see that it is a bargain, and sometimes the best way outside a steep discount, is to offer them a printable online coupon. (Or a coupon code they can use when shopping online).

Tightwads are the hardest group to sell to, and they take up 24% of buyers, so it’s not an insignificant group of people, particularly as it gets harder and harder to live off one single income alone. People don’t want to give up their hard earned money on something they’re not certain they need. They feel the spendthrifts buy anything that says ‘sale’, ‘bargain’, ‘one day only’ or ‘going out of business’. They feel that their purchases are silly and frivolous, and that they’ll just end up gifting these non-needed items to others for holidays. They feel that spendthrifts spend unwisely on cheap things they don’t need, and they feel superior to all other shoppers for being able to walk past stores without turning their heads or feeling tempted. They feel smarter for having more money in the bank, and less clutter at home, and will only part with their money when they feel the need is great.

Bundle services and products for tightwads so they’ll be happier to part with their money.  You want to re-frame your product so it sounds like less of an investment. For instance, if your product costs 500 a year, you can offer it monthly instead. 44.66 a month sounds much more attainable than 500 for the entire year. Remove any hidden or smaller fees from the offer as well, and be up front about all their fees. By re-bundling things on offer, you’ll be able to show tightwads that you’re giving them absolute value for their money, and proving that by budgeting it monthly, anyone can afford it.

Your average spender believes that tightwads and spendthrifts are silly and hoard their money unnecessarily. They think those types of people are not living life to the fullest, and are the ones frequently heard asking, “Why do they need all that money, they can’t take it with them when they’re gone anyway?” and some live paycheck to paycheck, while others live outside their means via credit cards. They’re used to revolving payments, and manage their lives in a similar fashion. They buy what they like, and what strikes their fancy at the time. Other average spenders are label-free, they do not live in debt, and are not tempted to overspend, but they have no regrets when they go shopping and buy whatever they want or like. Being an “average” spender means there are many types of people who fit under that heading, but it does not include the high spenders – people who are wealthy enough to buy whatever they want without recourse.

These people are the easiest to market to because there are higher chances they’ll buy from you in the first place. Using tactics made for spendthrifts and tightwads will only help convert these people as well.

Using urgency is not a new tactic in the world of marketing, neither is scarcity.  If you plan to use either of these, it’s important to not overdo it and to understand why that works. When people feel they might lose out on something, they’re more likely to act. This is particularly true for those with competitive personalities, or those seeking a bargain. This psychological trait is even more pronounced when something is considered to be rare, hard to get, hard to find, or to own. If people are led to the conclusion that they must act now or lose it forever, without having it pushed upon them overmuch, they’ll be more likely to buy.

A study by Howard Leventhal showed that subjects who receive follow-up information following an urgent message are more likely to follow-through by 25%. If you overdo the message, people will only block it out next time they see it. Everyone has seen those businesses who seem to always be “going out of business” or are offering “clearance” sales where “everything must go”. People tend to stop noticing those signs and they stop shopping there, proving yet another psychological marvel. Extinction, which is the stopping of an action which has been produced through conditioning.

Don’t get pushy with the urgency and don’t make the scarcity sound like something ridiculous. You’re not trying to sell Arthur’s Sword in the Stone, and you don’t own a chunk of rare asteroid metal. Be smart about how to come across in terms of urgency and scarcity and use appropriate timelines. Don’t overdo it either, or you risk extinction and people will stop buying from you altogether because they’ll feel duped when your sales are always on sale, and they didn’t get anything special. If it’s on sale, do so for a week or two, and let them know when to expect that price to go back to normal – then follow through and actually raise the price back to what it was. You can reinforce your sale using scarcity by telling them your product has never been offered at such a low price before (or you can say rarely if you HAVE actually marked it on sale before – but stay honest!) and they would miss out on quite the opportunity if they didn’t buy it while it was so steeply discounted.

MRI scans of the brain show that the prefrontal cortex becomes like a light show when thinking about having to wait. It’s a dread for everyone, and nobody enjoys it. This anxiety about waiting manifests in the brain, and people dig deep for the fortitude to wait it out, living in uncertainty until it arrives, or it is their turn, or however else the waiting may end.

People love being instantly gratified, and feeling like you understand their needs intimately because you gave them exactly what they wanted. People will buy more often when they feel like they can get their issues solved instantly, and that you’re the solution.

Incentivize this instant gratification by pushing powerful psychologically proven words toward them to allow them to see this concept. Fast shipping, rapid shipping, instant delivery, free shipping, free gift, act now and get, all of these phrases are sure to help them see they’ll get something instantly. Then you must just ensure there are plenty of opportunities to explain how and why your offer or product is that answer to their troubles. You want them to see why your product can change their lives or business right NOW. They must see immediate results, even if it is just the alleviation of their anxiety at not having a solution and living in indecision.

Be the answer they’re looking for, and tell them why that will matter to them personally, and you’ll convert far more people.

Kat is our primary writer at Magiweb, and a recent graduate of Thomas Edison State University. She enjoys all things psychology/social sciences related, and incorporates the many secrets of humanity into her marketing writing. She loves to read, listen to music, gaming, motorcycling, and finding goodness in unexpected places.